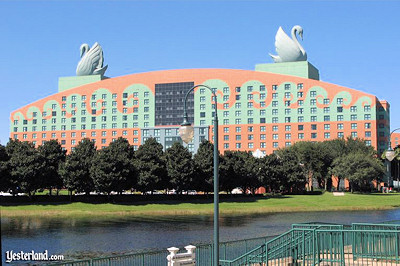 Legend: Take a careful look at the Walt Disney World Swan and Dolphin. The giant rooftop statues don’t match the paint schemes and ornaments. The swans are on the building with the ocean waves and seashells. The dolphins are on the building with the leaves and park-like fountains. That’s because a helicopter crew installed the statues on the wrong buildings. The hotel company had to swap the names. The Swan became the Dolphin and the Dolphin became the Swan.

Posted at 12:01 AM in Destinations, Hotels & Resorts | Permalink