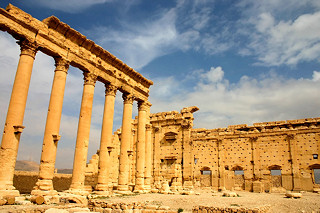 Wandering among the impressive ruins of the great Roman cities of Palmyra or Jerash it is hard to imagine that this was the south-eastern extremity of the Roman empire. It’s a world away from the windswept isolation of Hadrian’s Wall in northern England, at the opposite end of Rome’s conquered lands. These cities are vast, and the central structures have been preserved and restored to allow us a glimpse of how these trading centres and military outposts might have looked two thousand years before.

Posted at 03:59 PM in Destinations | Permalink