I hope the word gets out to the public that the gulf states should not become a tourist dead zone! TB 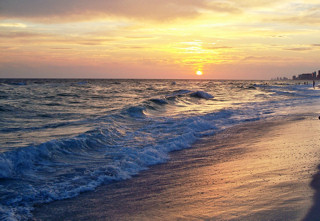 Aug. 4 (Bloomberg) -- About 74 percent of the oil that leaked from BP Plc’s damaged well in the Gulf of Mexico has been eliminated or will soon be eaten by bacteria, according to a U.S. government report.

The remaining oil may be on the surface of the water, buried beneath sand and sediment, or was collected from the region’s beaches, according to the report released today by a team led by the Interior Department and National Oceanic and Atmospheric Administration.