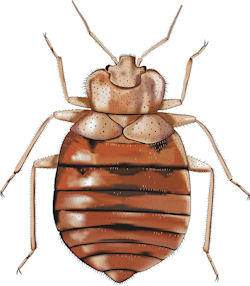 The bedbug panic appears to be spreading to the skies.

BA confirmed bedbugs had been found on one of those jets --both Boeing 747-400s -- and that it has put the plane back into service after being fumigated.

The story came to light after a 28-year-old Yahoo! executive claimed she was bitten by the bugs on two separate BA flights -- one from London Heathrow to Los Angeles in January and on another from Bangalore to London Heathrow in February. BA says it fumigated the 747 that flew the London-L.A. flight.

Posted at 02:16 AM in Airlines, Health | Permalink