California Holiday Inn Express has a "no locals" policy - USATODAY 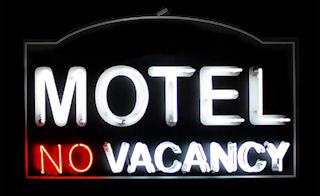 A California woman says that her local Holiday Inn Express hotel in Natomas wouldn't let her rent a room one weekend night because it bans locals from renting rooms and she's a local resident, ABC's Sacramento affiliate reports.

"The young lady behind the desk said, "Oh, I'm sorry. We don't rent rooms to anyone from Sacramento," the woman, Debbie, told ABC-Channel 10. ABC's story said the woman did not want her last name used.