The irresistible call of the Grand Canyon

Some of the best from Sunday's newspaper travel sections. TB

- NY Times: The Other SIberian Railroad

- LA Times: The irresistible call of the Grand Canyon

- SF Gate: Labrador: Safari to edge of the world

- SF Gate: Places for oranges in the Golden State

- Denver Post: Alaska locals ply in the Kenai Peninsula, and so can tourists

- Denver Post: 5 free things to do in Tampa-St. Pete, Florida

- Dallas Morning News: Traipse through Turkey with the kids 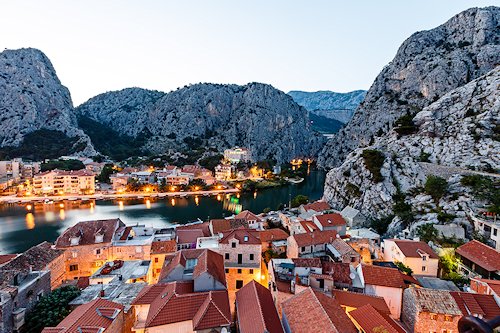 An aerial evening view of the Town of Omis in Croatia.

Posted at 08:49 AM in Weekend Photos | Permalink

'Up to Speed' is one trippy travel show - NBCnews

Armchair travelers who find most travel shows a bit too slow — you know, earnest host visits exotic destination and waxes rhapsodic about the major landmarks — are about to get the chance to pick up the pace a bit.

Premiering Aug. 9 on Hulu.com, “Up to Speed” is part travelogue, part performance art and wholly unlike any other travel show out there. Think Mork and Monty Python take Manhattan — and five other destinations — and you begin to get the idea. More:  itineraries.nbcnews.com

Show is on HULU - But you can watch it below.  Good concept but I could only take the hosts voice for about 5 minutes...  Also note that the above "NBC NEWS" story doesn't disclose that NBC owns part of Hulu. TB

What does a celebrity bring when checking into a hotel? Glamour, buzz, and sometimes, a whole lot of chaos.

Sure, hosting a famous guest can translate into great PR for a hotel, but “it can also be a mixed bag,” admits Mark Plonkey, the general manager of Denver’s Hotel Teatro. “The one thing I’ve learned throughout the years is that public persona is not always the reality behind closed doors.” via www.travelandleisure.com

Some of the best from Sunday's newspaper travel sections. TB

- NY Times: Tranquillity on an Island Off Cape Cod 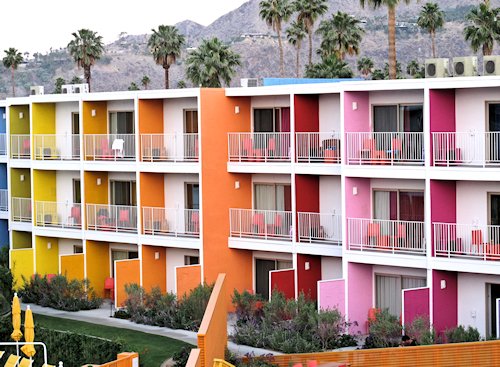 The colors of the Saguaro Hotel in Palm Springs look a bit like a crayon box, but it is a very hip and fun hotel.  It is also home to the Tinto, a excellent Basque restaurant.

Posted at 02:29 AM in Weekend Photos | Permalink

Saving Seats at the Pool: OK or Not OK? - ABC 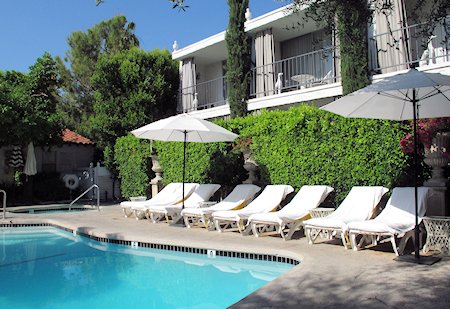 Last spring I was on vacation with my husband at the Four Seasons, Nevis. As you might expect, it was a lovely vacation at a lovely resort. But there was one problem.

Among the beach chairs the hotel had set up, there were two that were clearly prime seating. They were front row, set apart slightly from the others and under one of the few trees growing out of the sand.

Every day, we wanted to sit in those seats. And no one else was sitting there. So why couldn't we sit there? Because despite the fact that every morning we arrived at the beach no later than 9 a.m., someone else had already put their belongings – towels, sunblock, a book – on the chairs and claimed them. But no one ever arrived to actually sit in the seats, at least, not in the hours we were there. Watching. MORE:  abcnews.go.com

What you need to know about tipping - USATODAY.com 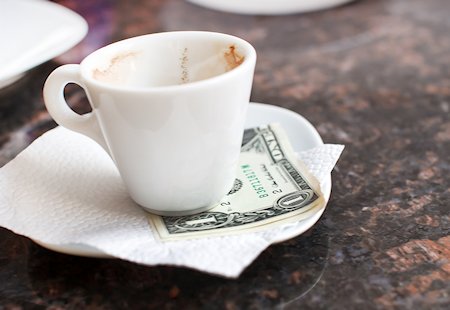 Has travel tipping gotten out of hand?

Consultant Keith Anderson of Atlanta thinks so. "I'm 51 years old and I grew up when it was pretty black and white who you tipped. It's grayed tremendously in the last decade or so."

Nowadays, it seems everyone has his or her hand or tip jar out, travelers say, and tipping guidelines can be 50 shades — or more — of gray.

Posted at 09:13 AM in Budget Travel, Travel Tips | Permalink

Previous
The Travel Blogger posts items he thinks you will be interested in. If the post is sponsored or is an advertisement it will be clearly indicated.