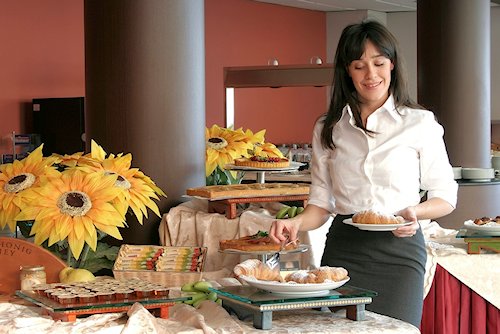 There’s no question that mid-range hotels, including extended stay suites, are doing more to lure in family travelers, particularly on the weekends. Indoor pools, Wi-Fi access and in-room refrigerators are the norm. Most chain hotels offer free breakfast, too. But when it comes to getting the family off to a great start, which hotels offer the best free breakfasts? via todaytravel.today.com

From the Maldives to Macau, escape to these restaurants for a healthy helping of stunning scenery. 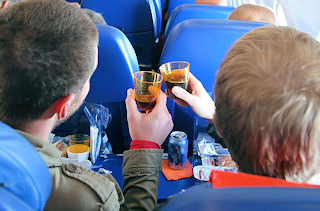 American Airlines says it will give happy hour pricing next month to customers buying alcohol on its flights departing during the 5-o'clock hour. Starting Dec. 1, the carrier's "5@5" happy hour promotion will feature $5 alcoholic drinks on flights in the United States, Canada, Mexico and the Caribbean that depart between 5 p.m. and 5:59 p.m. (local times).

Posted at 09:27 AM in Airlines, Food and Drink | Permalink 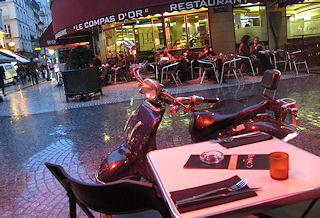 UNESCO experts, gathered this week in the Kenyan capital, singled out French gastronomy as a "social custom aimed at celebrating the most important moments in the lives of individuals and groups".

France's multi-course gastronomic meal, with its rites and its presentation, therefore fulfilled the conditions for featuring on the list.

Posted at 02:44 PM in Destinations, Food and Drink, News | Permalink 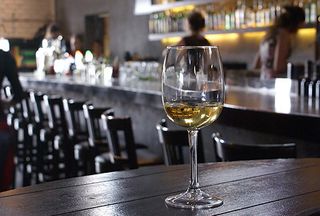 To offset the throngs of non-tipping Europeans who frequent New York City, several of the city's swankiest hotel bars have started adding tips to the tab of 18% or 20%, the New York Post reports.

(CNN) -- The caviar and smoked salmon were superb, the chilled champagne flowed freely and the service was impeccable as Jake and Linda Richter gazed at each other across a table covered with white linen and set with fine china.

Posted at 03:40 PM in Airlines, Food and Drink | Permalink

Posted at 02:28 PM in Food and Drink, Photography, Video and Media | Permalink A lot of hungry people read and commented on my recent 3-star Parisian dining experiences at Le Meurice and Guy Savoy. In case you’re ready to shell out the dough yourself for a once-in-a-lifetime culinary experience,  I asked Michelin for a few tips on how to score a hard-to-get reservation at a top restaurant. Here’s what they said:

1. Be persistent: When the reservation phone line offers a continuous busy signal, become friends with your redial button. To multiply your chances, dial simultaneously from your home phone and cell phone (and, I’d say, recruit a friend or two to help). If you are making the reservation online, be the first to take advantage of a late cancellation by clicking “refresh” often. Also, visit the restaurant’s reservation page in the middle of the night, when most systems refresh their data.

The 20 greatest cities in the world for foodies | Gadling.com 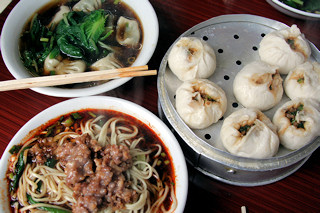 Once upon a time, the world's food capitals were a mere few well-known locales like Paris, New York, and Bangkok. All the action #and the eyes, and the forks# were focused there.

Recently, though, many areas of the world have expanded and improved both their menus and their talents in the kitchen, resulting in far more places staking their claims in the classy world of quality dining. Similarly, other cities have quietly cultivated some of the most amazing farmer's markets on the globe, and their passion for fresh food has spread throughout their communities. Taken together, the following are the crème de la crème -- the Greatest Cities in the World for Foodies.

Posted at 12:55 PM in Destinations, Food and Drink | Permalink

Next
The Travel Blogger posts items he thinks you will be interested in. If the post is sponsored or is an advertisement it will be clearly indicated.